Women Leaders for a Sustainable Future 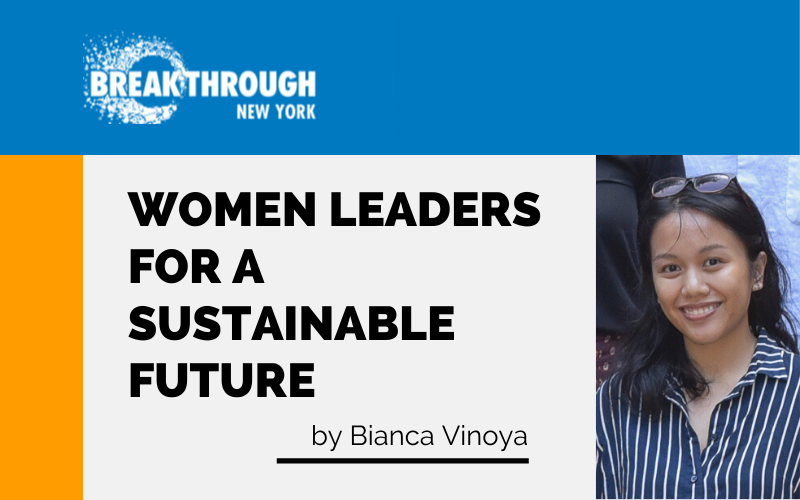 UN Women set the theme for International Women’s Day 2022 as “Gender equality today for a sustainable tomorrow.” This seemed like a no-brainer to me–but I realize that not everyone knows my personal story, of how I grew up and what my life was like before I came to New York.

I grew up in the very small town of Noveleta, Cavite in the Philippines. It’s a town traversed by the Ylang-Ylang River, which overflows every single time a devastating storm hits our part of the Philippines. If there’s something you must know about the Philippines, it’s that it has the most beautiful beaches in the world, but that our wonderful coasts come with a caveat: when climate disasters strike, they strike us hard. The Philippines ranked fourth in the world in the long-term climate risk index, which measured how climate change affected countries from 2000 to 2019. In 2013, Typhoon Haiyan–a typhoon stronger than Hurricanes Katrina and Sandy combined–claimed the lives of at least 6,000 people over the course of one day. 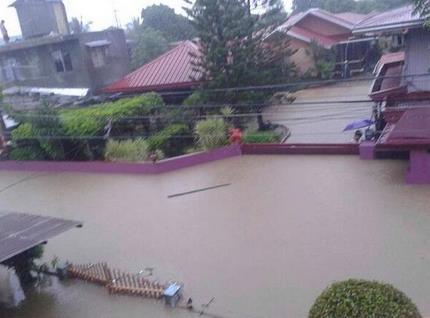 That’s our house during a bad storm! (And yes, we have purple-colored walls. That’s around 5 feet of water.)

When I was younger, floods used to be more seldom–they really were considered “flash floods” because we didn’t expect them to come. Now, flooding is more of a yearly occurrence. I remember frantically getting all the things that mattered most to me from the first floor of our house (my school bag with all my books and notes, my favorite pair of shoes, and my Nintendo GameBoy console) with me to get to our second floor. My brother and I had to carry our TV, which was too heavy for the both of us–but you learn that you can do things you wouldn’t normally do when panic and adrenaline set into your body. Since we lived with extended family, we all had to coop together on our second floor, with all of us taking turns in waving our abanikos (hand fans) for everyone since 1) we had no electricity for days and 2) it can simply be too hot in the Philippines.

My mom and my grandma were responsible for recovery–cleaning everything, finding food and drinking water, getting rid of all the mud on our clothes (which is a herculean task, if you haven’t tried it, and I wouldn’t wish it on my worst enemy!). I realized how much additional work women took on while recovering from these climate disasters. I was so frustrated with my own experience and other women’s experiences that I actually made this my undergrad thesis (Women and Disasters: Listening to Women’s Experiences of Climate Disasters in Noveleta, Cavite). I learned that during and after climate disasters, violence against women increases; women’s access to reproductive healthcare gets severely disrupted; and despite all of these statistics, women continue to be underrepresented in official structures, meetings, and negotiations taking on climate change.

Going beyond gender disparities, several studies have shown that women also can be more effective leaders because we tend to think of the collective rather than the individual–and we’ve seen this with women leaders not just in climate action, but also in peacebuilding worldwide. Peacebuilding efforts that meaningfully included women or were led by women saw more lasting peace in conflict-torn communities. Because our values and actions are rooted in care and community (while living in a society that undervalues care work!), women can go beyond traditional thinking and envision more imaginative solutions to climate change. Women climate activists such as Rhiana Gunn-Wright, Greta Thunberg, and Nemonte Nenquimo have led the way to call for a just transition, land rights, and a more sustainable future–and we should heed their call and join them in doing what we can to save our planet.

It’s not an understatement to say that our lives and our futures are at stake. I can only hope that sharing my personal experiences of climate disaster will spur others to take action, and to join women climate leaders in imagining a world that centers care in all aspects–care for each and every human being, care for life on land and below water, and care for our planet, the only place we can call home.